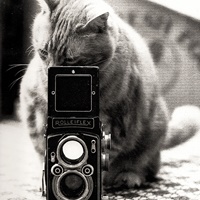 The result of this existential metaphysics is double: first, we get to a clear understanding of the nature of the efficient causality and, second, we also get to a distinction between the formal and efficient causalities, distinguishing what beings are from the fact of being.

These causalities cannot be deduced from one another. We don´t know anything about what things are from the fact of Being; and we cannot induce their real existence from the knowledge of what they are. The efficient cause gives Being to the substance, and the formal cause communicates the substantial Being to the real existence. Existence comes from form only since forms are subjects which receive the existence, or cause of the existence from form.

The supplement needed by the form is not of formal order but of existential actuality. The act of being by which substance exists is added to that act by which form makes it substance, since the act of being is not the form. If form is the most important in the formal order, existence cannot be only the act of essence, as essence. Christian philosophy not only affirms the numerical individuation within the species but also the principle of individualization.

Now there is a place for an own subsistence and concretion in Being that do not come from the accidental matter, because what radically distinguishes one entity from another is its own subsistence. The answer has always been sought in the essence of the species while it should have been sought in the order of the existence, since individuals are beings because of their own act of being.

Every being is a distinct individuality since its act of being belongs only to it, while essence is common. The actual existence is the efficient cause by which essence can in turn become the formal cause that makes an existence being that existence. This can also be expressed by saying that existence reaches substance through form or with the expression forma dat esse, onthological principle that sheds light on the formal constitutive of the human person. There is no form of the form but act of the form, since being is the act of the form not as form but as entity.