The possibility of theodicy 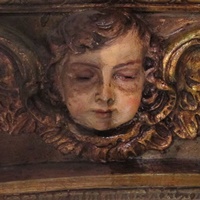 These three statements of agnosticism that we have just seen arise from nominalism. The contingent composition of created beings expresses an internal tension that nominalism loses when it states that only the concrete individual can be object of science. If intuition is restricted to perception - to the sensible order – then theodicy is invalidated as science. The central issue is knowing how can an ontological transcendent become noetically immanent.

The noetic relation between knowledge and God as object of science can only exist in this way, a possibility that agnosticism has always denied. An ontological transcendent can become noetically immanent by a causal action since, in causality, an entity is immanent on the effects that it causes and to which communicates its perfection. The analysis of creation created a metaphysics that showed God as universal Cause, for being was its own effect.

The method followed by theodicy does not differ from that of metaphysics, since the common being is the initial datum of theodicy. The initial point of any metaphysical reflection about God starts in sensible, perceptible beings. The inductive process starts with the being of sensible and finite things, limited in duration, i.e., starts with recognizing that those entities are structured and composed, and therefore caused. Contrary to the immediate evidency of the existence of God proposed by ontologism, our ideas are resolved, like in their material cause, in sensible things. It is of primary importance keeping the value of the formal abstraction of human intelligence, without which founding the metaphysical scope of the notion of being and the principle of causality would be impossible.

The demonstration of the existence of God starts from limited beings, since wherever we find structuration we’ll also find diverse elements, and these elements can only become one by an extrinsic principle. One of the main pillars of this demonstration comes from the idea that every composition needs a cause. As St. Thomas states: “Every compound has a cause, since it is diverse by its very nature, and only forms a whole under the cause that unifies it. But God, as we have seen, has no cause, for God is the first efficient cause”. In the process of rational affirmation of God – and once we accept the starting point of the particular structured entity and the validity of the formal abstraction of intelligence - there is also a need to ensure the metaphysical value of the efficient cause, specially since causality is not directly perceived by sensibility but by intelligence. Causality could be expressed by stating that every being which is not its existence – but has existence – demands a cause. In the noetic basis of the process of demonstration of God, the concept of own cause is of great importance, i.e., that cause that can produce the effect by itself and immediately.

The demonstrative process of God as the own Cause of the being of finite entities would be invalidated if the number of causes was infinite. Hence, the analysis of the invalidity of the process to infinite is central to every way to access God. This process to infinite– in a number of eficient causes, essentialy subordinated in being or acting – is impossible by itself. In other words, a number of causes where we only find means is impossible, for it would imply the lack of sufficient cause.

The attempt of a rational access to God as First Cause is as ancient as philosophy itself. Already in pre-socratics we find enough philosofical orientations in reference to the existence of God, specially in relation to physical evidence; in the metaphysical arguments of the Eleatics and also in the moral of the Pythagorans. But, doubtless, Plato and Aristotle were the ones who redirected the theological thought to vigorous and diverse routes; while the platonic way acquires axiological hints, the aristotelian is purely entitative.