Being as Act II

The distintion of St. Thomas had accumulated many precedents. 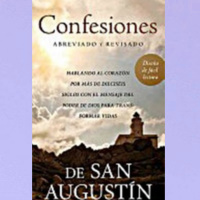 The distinction of St. Thomas had accumulated many precedents. Boethius had already distinguished esse from quod est, ie what an entity is and the fact that it is. Thus we can distinguish between asking ourselves what is an entity (quid sit) and asking if an entity is or is not (an sit). It is not the same defining what a cat is than affirming that a cat is. Avicenna in turn distinguished the Creator – as necessary being (necesse esse) – from the creatures (possibilia esse et non esse).

And it was finally William of Auvergne who first made the distinction between essence and existence. Aquinas, following Avicenna, states that “in the creature, the essence of a thing and its Being are not the same” and understands this as a case - unpredicted by Aristotle – of potency and act. This distinction makes sense of the participation by which creatures are part of God’s Being and definitely determines God’s Transcendence as first Principle.

The foundation of the divine being as essential Being leads the act-potency composition to a field that was not predicted by Aristotelian philisophy. But it would be equally permissible to say that setting the highest perfection of Being in God – and participated in creatures – would be a Platonic version of the Thomistic distinction. So we can speak about an Aristotelian or Platonic version of the novelty that Aquinas exposed, as long as we observe that Aristotelism and Platonism are, in this case, nothing but known grammars which expressed a metaphysically new element that, additionally, overcame the genuinely Greek horizon of comprenhension.

In the first case we are facing creational metaphysics, since we place the onthological difference between Him and those creatures which are not “their” being in the identity by which God is “its” being. In the second case, the identity by which God is “the” essential being confuses creation with formal participation, since the meaning of being is here unique for God and the creature, although essential in God and participated in creatures.