The Screwtape of C. S Lewis, one letters are about temptation 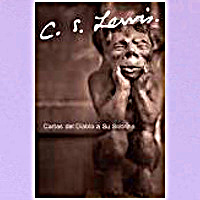 In The Screwtape Letters, C.S. Lewis provides a series of lessons in the importance of taking a deliberate role in Christian faith, by portraying a typical human life, with all its temptations and failings, seen from devils' viewpoints.

Here, Screwtape holds an administrative post in the bureaucracy ("Lowerarchy") of Hell, and acts as a mentor to Wormwood, the inexperienced (and incompetent) tempter. In the thirty-one letters which comprise the book, Screwtape gives Wormwood detailed advice on various methods of undermining faith and promoting sin in the Patient, interspersed with observations on human nature and Christian doctrine.

In Screwtape's advice, individual benefit and greed are seen as the greatest good, and neither demon is capable of comprehending God's love for man or acknowledging human virtue. Versions of the letters were originally published weekly in the Anglican periodical The Guardian between May and November 1941, and the standard edition contains an introduction explaining how the author chose to write his story.

Lewis wrote the sequel Screwtape Proposes a Toast in 1959, a critique of certain trends in public education (state schooling). An omnibus edition with a new preface by Lewis was published by Bles in 1961 and MacMillan in 1962. The Screwtape Letters is one of Lewis' most popular works, although he claimed that it was "not fun" to write, and "resolved never to write another 'Letter'." Both The Screwtape Letters and Screwtape Proposes a Toast have been released on both audio cassette and CD, with narrations by John Cleese, Joss Ackland and Ralph Cosham.