Space and time in Christian philosophy 2 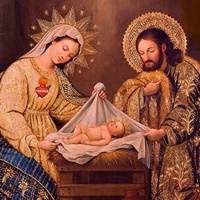 Just as happened with the sense of time, the novelty of faith also illuminated the constitution of the terrestrial city itself. St. Thomas, in political philosophy, gathers the accomplishments of the aristotelian and stoic ethics; the patristic contributions and those of St. Augustine; several scolastic works previous to him like the Summa de virtutibus et Vittis and the Summa de Bono or St. Albert the Great’s ethics, although giving a new insight into all of them.

His ethics come from the being, so ontology is understood teleologically. We could state the basic principle of his political contributions by affirming that the goodness of every being consists in behaving according to its nature. “Virtue directly denotes a certain disposal by the subject, who is conveniently endowed according to the requirements of his nature.

That’s why the philosopher said that “virtue is the disposal of a perfect being to the best”, understanding as perfect what is endowed in accordance with the exigencies of its nature. Therefore, we can conclude that virtue is goodness of the being, for the goodness of a certain thing consists in being endowed with what its nature demands. The good act is the one to which virtue is ordained, as we previously clarified”.

Both the terms synderesis – used by Philip the Chancellor – and scintilla animae reflect the value’s natural basic conscience, since synderesis becomes right reason. Thanks to the light of Revelation, we discover now that the ethical principles can be neither demonstrated nor deducted, for they are printed in the being of man. Human good means that every particular individual is and acts according to its essence.

Human nature constitutes in the ontic principle of morality. All this led St. Thomas to grade the different applications of freedom, to consider the influence of circumstances, desire, to consider the finality and intention of moral acts. The mechanistic understands nature as a group of positive relations and does not explain what is nature, but assumes its existence.

On the contrary, in the finalistic conception nature is an intrinsic principle of perfection, in such a way that the natural law is not something unrelated to man, but a group of principles that regulate an activity as appropiate to the being itself. The origin of the State is in the very nature of man, since man is a natural social being and the goal of political coexistence is the human wellbeing, always conducted in the manner in which a life in community demmands. Human good becomes common good. Society is constituted for the man himself, to help him to achieve his natural happiness.

Common good in not a mere um of particular goods, but it is comprehensive of private goods and also different from them. St. Thomas does not propose a precise concept of the term common good. In any case, it is present in the political literature of the XVI and XVII centuries. Common good is often understood as synonymous of public good, general wellbeing, good for all. It is precisely what Aquinas tries to tell us when he states that the common good of the political community and the particular good of the person are not only different in regard with their lower or higher quantity, but also by a formal difference.

This formal difference, based on the being of nature, is not only an ideal or utopian difference but - being a dynamic and internal principle owned by each man – it is much richer than the positivism of the necessary explanation. First of all, common good is not only the condition of existence for the particular goals but also the way of being of the human good in social life, so that it allows to sort the way in which particular goods must be increased and distributed.

Secondly, the fact that man is subordinated to community is nothing but a single aspect of this relation, since the subordination of every man to the common good is not according to it all. Thirdly, the political common good is the goal of any law and object of political prudence, although not as unequivocal sum of partial goods but as a human and organic whole.

Common good belongs to all, but not equally; it is like the soul, which is inside the whole body but not with plentitude of virtue. Peace is tranquilitas libertas or tranquilitas ordinis, tranquility in the order. The order of the law is not in the area of the exercise of personal freedom but in something previous to it, meta-juridical, of the metaphysical and and anthropological order. Stating that the right is a pre-moral relation must be correctly understood. The subsistence, perfectibility and responsability of man defines the internal ordination of man to fulfill himself, to act according to its full potential. Is (in) this metaphysical level, which we call pre-moral, the basis of the transcendental relations of the human behaviour.

This self-perfective inclination becomes moral or responsible, and thus moral arises above the anthropological and good above the being. The perfective dynamism of human life in the personal, familiar and politic spheres comes then from the natural duty of perfectioning, from the step from the being towards the good. The State is neither the materialisation of an a priori nor a product from arbitrariness.

Centuries later, Machiavelli focused political philosophy on a factual issue: that of power and men management. Since then, the mechanistic approach replaces the finalistic, but this time without the fertility and spontaneity of an internal principle; sanction replaces law, force replaces right and fear replaces the desire for goodness.