The proofs of the existence of God 4 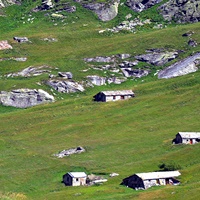 Chance, then, must be excluded. The direction or ordination towards an end of the movement or operations of living beings is efficiently caused by an intelligent being. When we deal with Natural Science, we don’t look further than immediante causes, and every fact is explained by the nature of the being from which it comes from. But, when dealing with metaphysics, we are asking for the first cause and its first principle. We must demonstrate that the direction towards an end is caused, not by the nature of the being to move, but by someone else. We have either beings that don’t have rational knowledge and others that move towards their end by themselves.

But all agents need to be directed by something that knows the reason of that end. It is curious that neither the human act, regarding this ordination to an end, can be explained in all its metaphysical range by just appealing to freedom, for the question here is who is directing the knowledge towards its respective object, so that also those acts of beings gifted with knowledge are claiming fom an intelligent being which explains their ordination. We can not proceed towards infinite in the series of intelligent beings, but we’ll have to reach an intelligent being whose acts don’t need to be regulated by anybody.

The way concludes in a highly intelligent being, Supreme ruler of all movements, actions and operations of natural beings. In all ways, the starting point has a physical tonality, although it should be noticed that physical entities are not understood from their quality of being physical but from their essenceness. Knowing that all perfections of things are caused, we can state that they are a reflex of those persisting in the cause. From the basic definition of God – achieved at the end of the demonstration of the thomistic ways – we can deduce some atributes and properties of the divine essence.

The resemblance between the essence of the effect and the nature of the cause makes possible for us to know something about God, althoug due its transcendence, any concept will be able to correctly express the divine essence. As St. Thomas says, we don’t know God by its own form, but by the form of the creatures as an effect of the Absolute Cause. This doesn’t mean that our knowledge of God’s essence is merely negative, but that the essence of God is accessible to a positive human knowledge. We know something about God’s essence, but imperfectly, since known perfections must be distinguished from the way in which they are signified. In all his writings,

At the end of these ways we find the Ipsum esse subsistens, i.e., the formal constitutive of God or the metaphysical essence of God. Indeed, the First Unmoved Mover, the First Uncaused Cause, the Being necessary by Itself, Maximum Entity and First ruler Intelligence, lead us to the Ipsum esse subsistens as an atribute exclusively applicable to God, ontologically original and noetically originary; the first and deepest distinctive note between God and the rest of beings. The path of christian philosophy passed through the elaboration of the proofs of the existence of God until that last thomistic systematisation.

The radical novelty of christian philosophy – understanding God as the First – highlighted being as an act and an original ontological communication, that made possible not only concluding the principles already found in Aristotle’s thought about the priority of the act, but also discovering the proof of the creation of the entities in the existential contingency. In this hard path, a philosophical profit that – as we will see – enlightened the person and its unity (as well as the realism of its intelligence) was achieved. But, before that, let’s see other transformations that christian philosophy added to the understanding of space and time as essential characteristics of the created universe.