The proofs of the existence of God 2 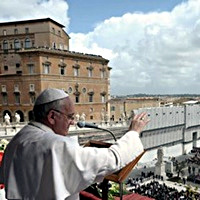 We call natural law to any necessary and immutable relation given between the natures of things; but this law aquires in man a special classification, for his will aims to universal good and is free from partial goods.

The starting point of this proos is correct: the existence of a natural moral law is evident forehand of any demonstration. Let’s focus now on the very raison d’ être of this moral law. Natural law has the efficacy of ultimate foundation of any legislation, but it does not have its own foundation itself. The natural law - guideline of human acts - is rational, altough it is not a product of reason; human nature is the support of this natural law, but not its cause.

Natural law manifests as something given to human nature. If the intellect is given, the tendency of will towards good is given, the subordination of partial goods to general goods is given, all this clearly shows that natural moral is given to man by another one. Hence, we must accept the existence of a first Lawgiver cause, which we call eternal law. Aside this last proof, it is clear that the access ways to God proposed by St. Augustine follow a platonic orientation that often verifies an illegitimate transition from the ideal to reality. Our understanding of the divine essence is not previous to that of its existence.

The biggest possible devised entity only requires ideal existence, but we can not attribute a real existence to it without contradiction. Until then, most formulations had been philosophically expressed through concepts derivated from platonism. St. Thomas assimilated aristotelism to be used by the faith on creation.

The possibility of the proof of God is solved by Aquinas by using demonstrations which have their starting point in the being of sensible realities to inductively proceed in search of their own cause. All thomistic ways have four key elements: the starting point – which is a universal effect evident in singular beings in all of them – the principle of efficient causality, the principle of the impossibility of a process towards infinite and the final end of the way, which is always the existence of the First Cause.

The first way starts from the existence of movement, the second one from the subordination of causes, the third from the contingency of beings, the fourth from the grading of perfections and the fifth from the ordering towards an end. Each way formulates the principle of causality in the manner that best suits the formality of its starting point. In the first one, everything that moves is moved by another; in the second one, every subordinated cause is caused by another; in the third one, the contingent being is caused by a necessary being; in the fourth one, every graded perfection is participated and, therefore, caused; in the fifth one, the ordering towards an end is caused. The impossibility of infinite in causal series – in fact and essentially subordinated – can be noticed in each way. And finally, the conclusions of these ways end in the need of God as Unmoved Mover, non-caused Cause, Highest entity and Supreme ruler of the Universe. (...)