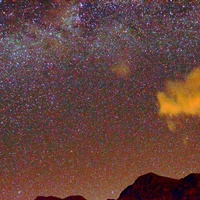 The final cause causes the causality of the efficient cause, but not its entity.

The text clearly shows that health is the aim – finality - of the task of the doctor, but it does not make the doctor being doctor, if anything, it makes the doctor to act. On the other hand, the efficient cause causes the entity of the aim, but not of its causality.

The doctor achieves health, that is to say, makes health being act, but he does not decide our aim for health. In other words, the efficient cause does not make the aim being aim. In Christian metaphysics, Aristotle’s categorical causality is just the way to express an ontological communication previous to any causal sweeping. In this ontological communication, the relation between the created and the Uncreated is expressed in different ways, depending upon the understanding of it as Foundation, cause and aim. Christian philosophy emphasizes the dynamism of the act of being in front of the abstract essence that is static.

The first thing that Being makes to its own essence is instantly establishing it as entity, but then Being starts to address its own essence towards its own perfection which is the finality - aim.

Essence is in the beginning, but not as an already finished thing, since every essence is actually the progress towards the aim, in the sense that the actual perfection of essences is the final cause of the existences, and achieving it requires many operations.

It is then not surprising the failure of the attempt to reduce causality to an analytical, mathematical or formal relation, since an existential efficiency will never arise from a deductible – in the case of Hume – or categorical – in the case of Kant – essence. Being is a fountain which flows effects, and while the relationship between these effects and their causes is unintelligible in a world of abstract essences, it becomes perfectly intelligible in a world in which Being is dynamic.