The act of Being is energetic and expresses movement, a transcendental movement 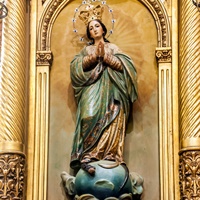 There is a mediation between God and the world, constituted by the operation that metaphysically becomes the very identity of the entity. The unity of the original ontological communication can not be isolated as an absolute moment in the unity of a formal concept because it expresses a result and is actually a unity of tension movement in which the three main ways of ontological expansion are identified: efficiency, formality and finality – aim.

Considering the entity in a previous moment to this original ontologic communication is considering it in a potentiality state that does not exist, since the intelligibility of the entity is its actuality of being.

The act of Being is energetic and expresses movement, a transcendental movement, a movement that affects the entity in its reason of being and refers it to the Transcendental God – as its ultimate foundation.

This act is consitutively original even if it is not self-sufficient. Its presence is operant and its persistence is an active self-positioning. The three causal lines of efficiency, exemplarity and finality are the three basic lines of the ontological communication of Being, and Being can not be ascribed with priority to any of these causal lines.

The appearance of dualities that, in the recent history of philosophy, represented both the existentialist and essentialist versions can be explained by the neglect of this original unity which can only be mantained by the principle of reciprocity of causes. Instead of an eminencial contingency of the origin in a single causality, the effusion of the act of Being – implied in creation – represents the ontological communication in its original identity, as dynamism of Being in the act and immanence of the end in the beginning.

Creation itself is an induced dynamism or a response to a vocation. The transcendental anthropology coming from this primordial ontological unity will have a strong interpersonal character. Intelligence is inserted into a deeper dynamism that comes from the ontic roots of man, who is only satisfied in the act of loving contemplation of God.